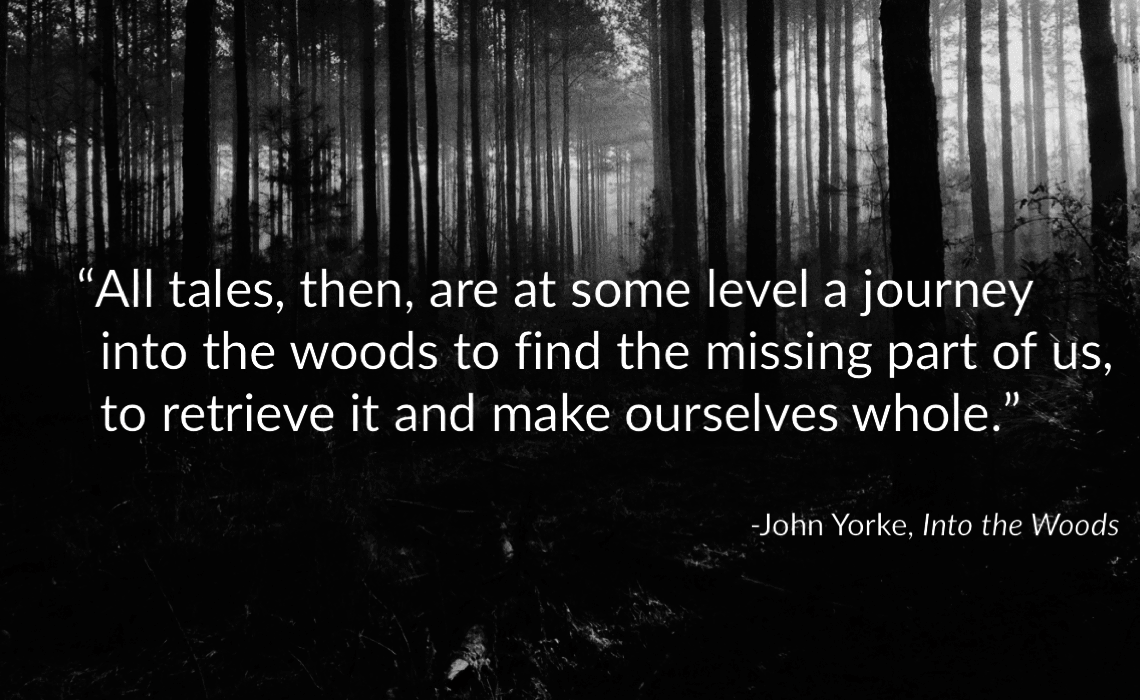 So far in this series of posts on stories, I’ve discussed the definition of story, story structure, and applying data to story structure. In this final post, I look at the differences between analyzing data and talking to people and how those two ends of the spectrum differ across different types of content creators.

In my previous post, I laid out a spectrum of communicating with data that ran from Annotation to Narration to Story. To that, let’s add a “Unit of Analysis” spectrum. On the Annotation end of that spectrum is Data. By that I mean, we grab some data set, drop it into our favorite tool, and start making tables and bar charts and line charts (probably what most of us are doing most of the time). Yes, there may be people behind those data—yes, someone actually did answer that survey!—but we rarely talk to those people to better understand their observations and behaviors. This is how I usually spend my days—I read the literature, get some data, scrub it, clean it, analyze it, and write it up in a good ol’ academic framework (you know: Introduction, Previous Literature, Data, Methods, Results, Conclusion).

On the other side of this spectrum are People (it doesn’t have to be individuals; it could be units or groups)—this is where we talk to an actual person/people/group and try to understand their experiences, behaviors, and thoughts. Below this “Unit of Analysis” spectrum, we can now add the “Content Creator” spectrum. I’ll use Analyst on the Annotation and Data side, but it can be a researcher, an economist, a data scientist. We (I include myself here) get the data, explore it, estimate some models, and report them out. On the other side—for lack of a better term—are Journalists. Journalists have always been good and finding the person (or people) to talk with and record their experiences and stories. Now, take these two spectrums and line them up. I think we want to be somewhere in the middle of this space—where data analysis provides objective evidence for a hypothesis, but people’s stories show the real example and get to the heart of the issue to help make the reader care and remember. Over the past few years, journalists have been using more data and more code (though, I would also argue journalists have always used some data to help buttress their arguments). By contrast, us analysts haven’t been very good and tapping into those stories that make our analysis stick in people’s minds (well, maybe sociologists have). Sarah Kliff recently told me that “Data defines the parameters of the story.” I think analysts worry that talking to people and reporting individual experiences or stories will somehow cheapen or undermine their analysis. It’s not that stories replace the analysis, but instead should support the analysis. (I think there’s probably also a lack of experience among analysts about how to get in touch and talk to people; that’s a subject for another time.) At the same time, journalists should resist the temptation to use stories as objective, conclusive evidence for an argument. Data, be it big or small data, can help frame a news report and provide solid evidence for a more general argument that doesn’t necessarily rest on the tales of a few people.

Together, what I’m arguing—and what I’ve been arguing all this week—is that we all need to take better care of the word “story.” I’m arguing that we are using that word far too casually when we create our usual charts. Instead, if we were more careful with the word story, we would use it when it really mattered and when we were really telling stories with our data.

As a species, we have been telling stories for thousands of years, from cave drawings to sitting around the campfire, to books, plays, and movies. We are seeing stories told in different ways in the digital world, on our computers, tablets, and phones. And perhaps soon we’ll see stories told using virtual reality technology. These pictures from Unsplash.com

Stories clearly matter. They help us recall information and connect with people and content. That connection helps us feel—how we feel about ourselves, how we feel about others, and how we feel about the world. In his book, Into the Woods, John Yorke writes that “All tales, then, are at some level a journey into the woods to find the missing part of us, to retrieve it and make ourselves whole.” I think we all can bring together in-depth data analysis with the personal stories and experiences of people and groups we study. But we need to use the word carefully and purposefully and if we do, we will be better prepared and better able to make arguments and get those arguments to matter and to stick. This series is based on my talk, Once Upon a Time: From Data to Stories, that I delivered at the Socrata Connect 2017 conference in early March 2017 in Washington, DC, and my talk at the Malofiej Infographic Summit in Pamplona, Spain in late March 2017.