To Venn or Not to Venn? 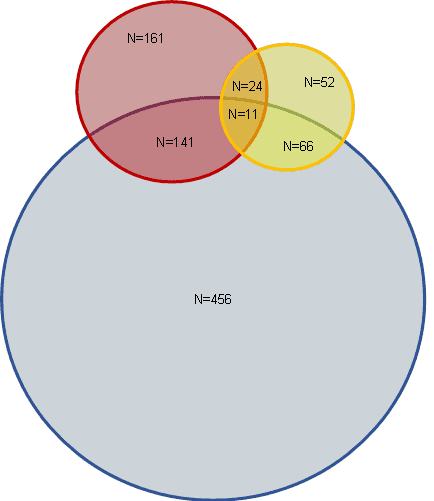 Imagine a group of adults (~1300 total) with heart attacks who go to an ER.

Using cocaine is bad for your heart, so ideally all patients with heart attacks should be asked about cocaine use. But only about half are asked (blue circle).

Our research staff surveyed patients about cocaine use, and about 11% said they use it (red circle).

Most people have to be admitted, but about 25%  (yellow circle) get to go home — where they could use cocaine again (since they’re not being monitored).

What I’m trying to show: