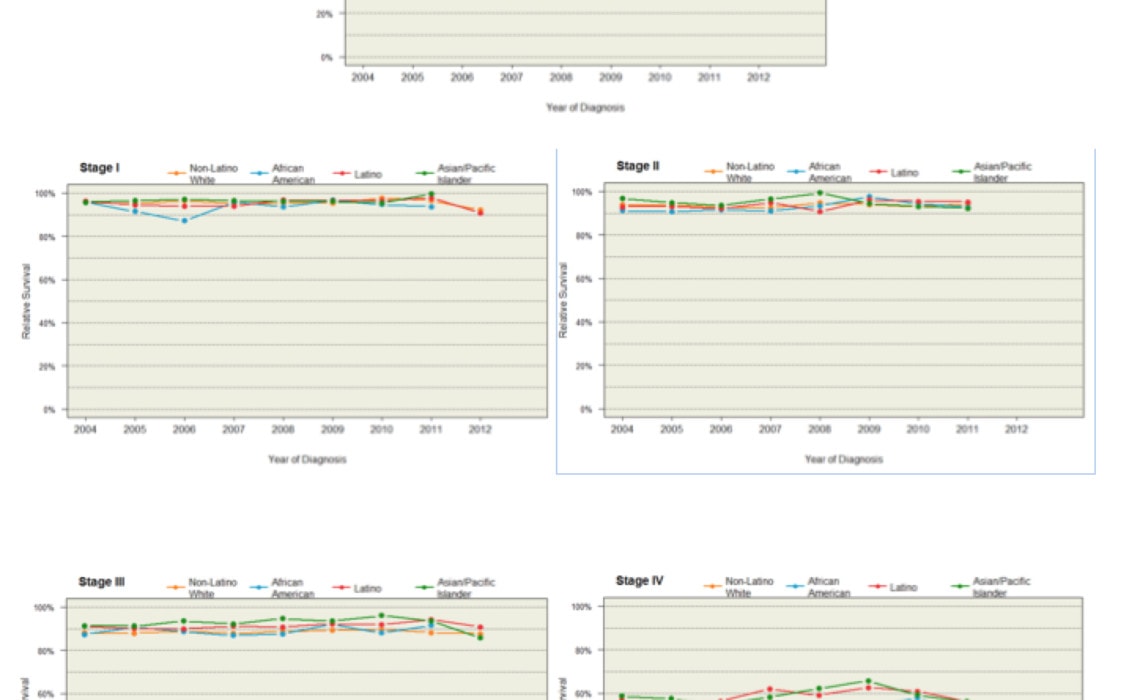 I’m working on a way to display trends in cancer survival over time broken out by stage and race. The purpose is to compare trends in survival between races so that if, for instance, whites have seen a large improvement but Asian/Pacific Islanders have not, that will come across in the graph. So far, this is the best, but it’s pretty hard to read and interpret. I was hoping to get some advice on how to design the graphs to make them clearer and easier to read. I’m struggling with the layout more than the actual implementation, so sketches or ideas on what to do is more important than any kind of code or how to do it (although the latter would be appreciated!).

The data are slightly different than what’s used in the graphs since it uses a different staging method (Localized, Regional and Distant instead of I,II,III and IV). In addition, it contains values for all sites combined while the graph is only for colorectal cancer. The results won’t be exactly the same, but should look roughly similar and since I’m more concerned with how to display the data than the actual results I hope this won’t be too big a deal. If it is, let me know and I’ll figure something out.