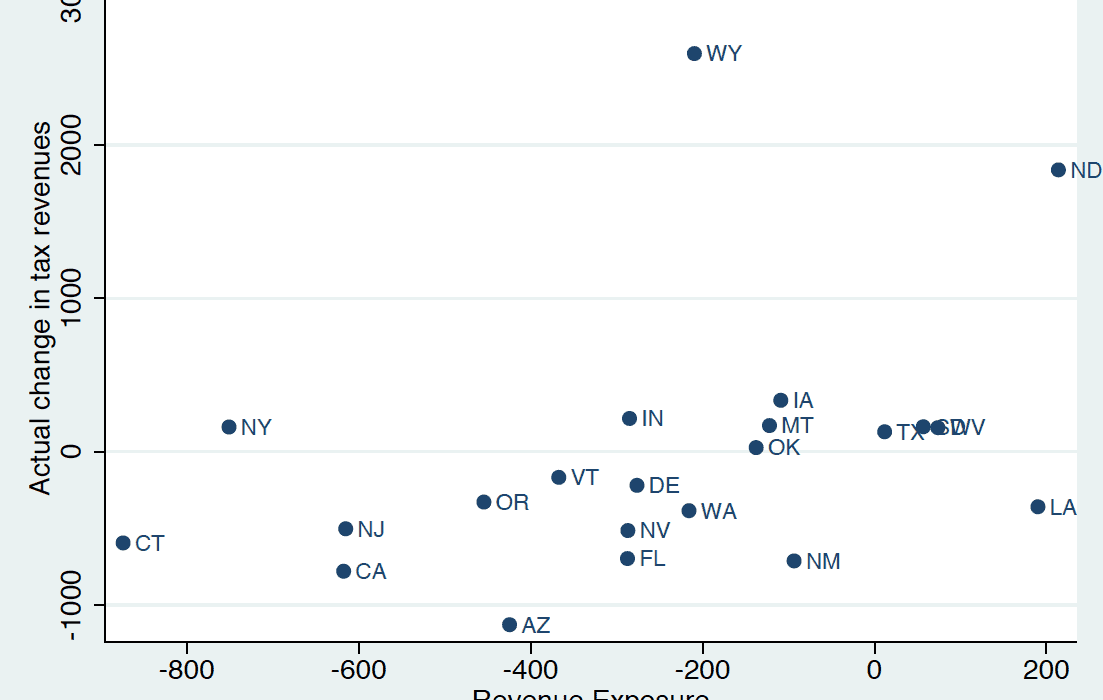 This is a scatter of the actual change in state tax revenue, 2007-2009, per number of federal returns, against a hypothetical measure that we call revenue exposure, which is defined as the weighted sum of the change in AGI by income slice times the 2007 effective tax burden on that income slice. We are trying to graphically show how tight is the relationship between actual tax change and exposure; states way off the regression line include a few mineral states (ND, WY), states that offset their tax exposure by raising their tax rates (NY), or states with a lot of tax exporting (tourism, etc), that took a big hit during the recession.