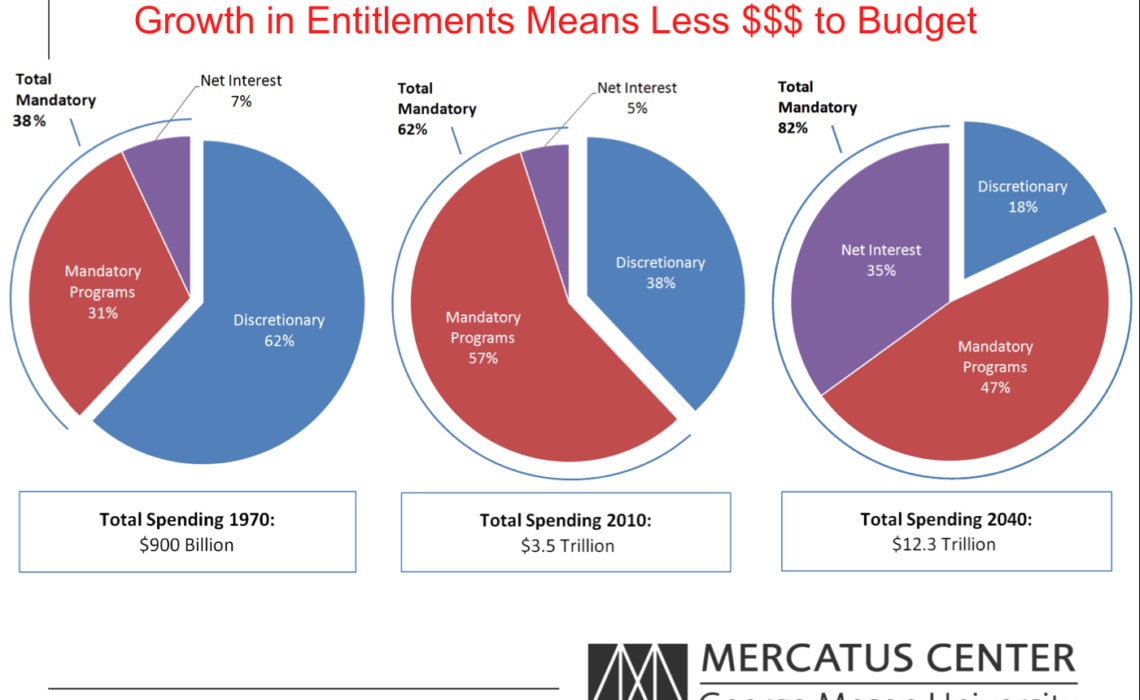 Jason Fichtner from the Mercatus Center at George Mason University sent in this set of pie charts.

During one presentation, a person said that they didn’t see the point because all of the spending fit within the pie. Hence, to them, the visual didn’t (a) reflect how much larger overall spending was in 2012 versus 1970 since the pies are the same size; (b) the wedges are larger as a percentage but not relational to how much money is being spent; (c) it appears that everything is affordable because all of the spending remains inside the pie – there’s nothing to indicate we’re spending more money than we bring in via revenues, etc.

I’ve toyed with different presentations and have come up empty. How would you convey to an audience that not only is mandatory spending crowding out discretionary spending – but the dollars involved are much larger in magnitude?”