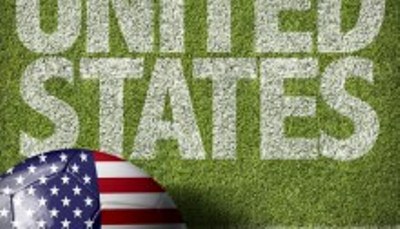 This post was originally published on the Urban Institute’s blog, Urban Wire on April 7, 2016.

Last week, five members of the US women’s national soccer team filed a wage-discrimination suitagainst the US Soccer Federation (USF). The players claim that despite generating significantly higher revenue than the men’s team (USF projects the women’s team will generate $17.6 million in gross revenues in fiscal year 2017 compared with the men’s $9.1 million), they received a fraction of the pay the men received.

The suit presents an interesting case study in the dynamics of the gender pay gap—an issue that extends far beyond professional soccer.

Reading about this suit, I think about my 9-year-old daughter and what challenges she will face in the workforce. Recent estimates from the Institute for Women’s Policy Research suggest that, on a full-time, full-year basis, women’s median earnings are about 79 percent of men’s, a gap that has remained largely unchanged over the past decade.

Numerous reports have also shown that women hold a disproportionately small number of leadership positions in the business sector. I can tell my daughter to work hard and study hard, only to know that the evidence suggests she may earn 20 percent less than her male counterparts.

The pay gap in soccer provides interesting insight into these dynamics because it allows us to isolate gender as a factor in a way we often can’t. Comparing earnings between different groups is usually complicated by differences in people’s characteristics. Consider age: you wouldn’t want to compare earnings of a 55-year-old to those of a 23-year-old because experience matters and earnings trajectories evolve over time.

One study found that even controlling for many of these characteristics, there remained a 7 percent difference in male-female earnings each year after college graduation; a related study found a 12 percent gap remains 10 years after graduation.

But the soccer pay gap allows for a more direct comparison. FiveThirtyEight demonstrated this last week by breaking down the salaries of four similar major national players. Look at how they set up the exercise (emphasis mine):

We compared the differences in how male and female players are compensated by the federation under similar working conditions—namely, preparations for and participation in the 2014 FIFA men’s World Cup in Brazil and the 2015 FIFA Women’s World Cup in Canada. Because not every member of a national team is paid the same, and to properly compare apples to apples, we focused on two similar sets of players from the women’s and men’s national teams—[Carli] Lloyd and [Hope] Solo for the women, and Clint Dempsey and Tim Howard for the men. Here, we have two major goal-scoring threats and two veteran goalkeepers who played every minute (or, in Dempsey’s case, all but three minutes) of their respective World Cups.

In other words, these women earned about 40 percent less than their male counterparts—and the women actually won.

Pay may not be the only job characteristic worth considering. Nonwage forms of compensation, such as health insurance, pensions, and working conditions, are also fundamental to the equal treatment of workers. The women’s 2014 World Cup was played entirely on artificial turf, which, according to the New York Daily News, is “a surface that has never been proposed for the men’s Cup in its entire history.” And the Washington Post reports the women’s team flies coach while the men’s team flies business class.

Thinking about my daughter, I hope suits like this one from the women’s soccer team will continue to bring the pay gap to the front of a national discussion. As player Alex Morgan says, “The dream is, of course, equality, but also to give more opportunities to younger girls… It’s for the girls who are going to eventually take our spots on this team.”