Thinking With Your Eyes: Conference Summary 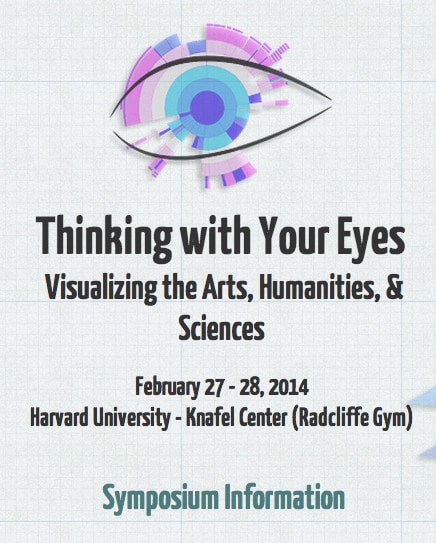 One common theme was the challenges—and some successes—of using data visualization across disciplines. Ryan Cordell from Northeastern showed an animated map of the westward march of newspapers across the U.S. over time. County and state borders filled in as circles denoted the arrival of a newspaper. It was fascinating to see how some newspapers coincided with population density growth while others preempted official state and county boundaries; in those cases, newspapers followed population migration before official government boundaries were formed.

In the Friday morning keynote, James Davenport talked about some of his data visualization projects including Starbucks locations, bestselling book trends, and battery usage in his laptop. Each one had something of a personal visual analytics feel—his interest in exploring and playing with data and data visualization forms. I look forward to more closely following his blog and seeing what else he creates.

The United States of Starbucks

The most concrete bit of research I took away from the symposium was Michelle Borkin’s example of how different ways of showing blood-flow around the heart can change a physician’s ability to diagnose heart disease. (Here is her TEDxBoston talk.) In the experiment, Michelle asked 21 Harvard medical students to identify heart disease using a standard image in the field: a 3D depiction of arteries around the heart colored with the rainbow palette. In this control case, participants successfully identified blockages 39% of the time. She then asked participants to identify heart disease using a new 2D visualization—essentially a tree diagram—that also used the rainbow color palette; in this case, participants were successful 62% of the time. Finally, she asked the medical students to identify heart disease in the 2D visualization, but now with a color palette that used shades of red. In this case, the accuracy rate of participants climbed to 91%. (Effects on speed were not as  different.) Her research reinforces the arguments many have made about 2D vs. 3D visualizations, as well as the failures of the rainbow color palette. (Disclaimer: I have not read Michelle’s full paper.) My formal participation in the symposium was as part of a panel discussion moderated by Pepe Lopez with Micah Altman from MIT Libraries, Peter Der Manuelian from Harvard’s Egyptology Department (and the 3D Giza Project), Alyssa Goodman from Harvard’s Astronomy Department, and Jeff Emanuel from HarvardX. Our discussion was wide-ranging: examples of interdisciplinary work; the role of data visualization in making new discoveries; reflections on education in a world now demanding wider skill sets; emerging developments in the field of data visualization; how to open access to data and data visualization tools (and whether that is a worthy goal); and issues related to digital archiving. (Boards like this were produced for every panel by the immensely talented Kelvy Bird.)

Nearly all of the talks from Thinking With Your Eyes were interesting and thought provoking, and I was excited to meet people from so many different disciplines interested in issues related to data exploration and visualization. (Other Disclaimer: Due to travel constraints, I unfortunately missed the opening keynote by Martin Wattenberg and Fernanda Viegas and the eight or so lightning talks.) I look forward to see if the meeting will result in more interdisciplinary collaboration at Harvard, or if we’ll be trying to tackle the same issues next year.