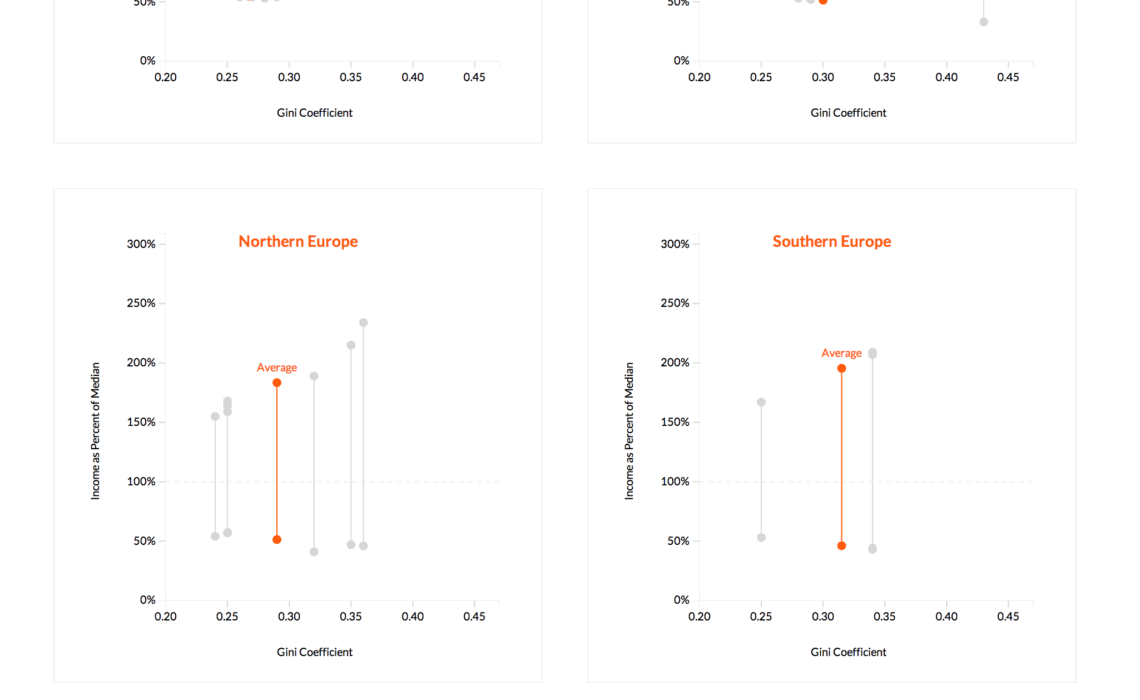 For this visualization I decided to focus on the economic inequality within regions represented by the data. Highlighting each region with its own chart, one can see the dispersion of social equality or inequality within each region. I also chose to focus a viewer’s attention on the averages of that group. I decided that on the y-axis to show just how far from the median income those in the 10th percentile (low income earners) and 90th percentile (high income earners) are and the income distance between each group. On the x-axis each country is plotted on the x-axis where they fall on the Gini coefficient.  As a static piece one can only view the averages with the other countries ghosted in and it still works. But in an interactive version one can mouse over and reveal which country is which.