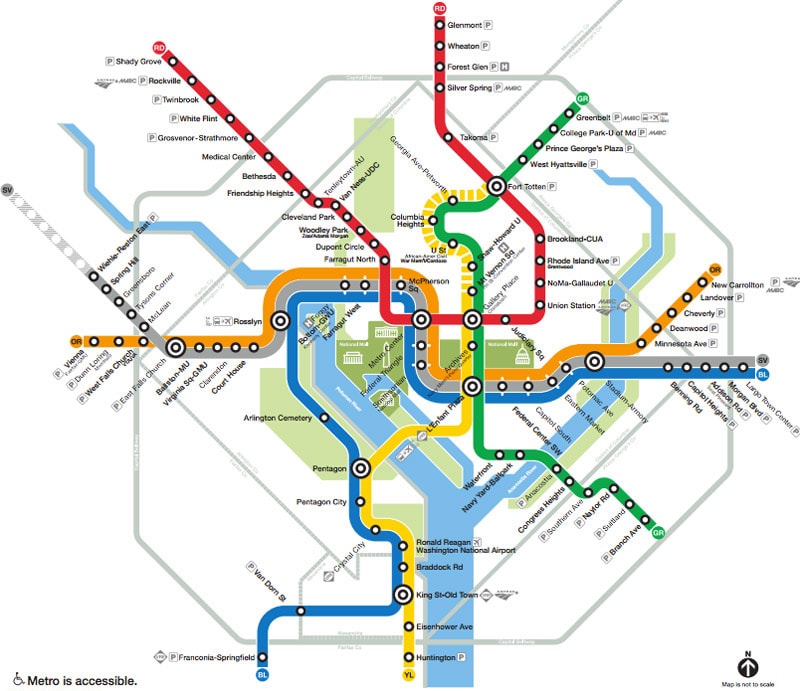 The “On…” series is a collection of short blog posts relating to data visualization, economics, presentation skills, or data communication. In each, I discuss an issue, concept, or idea that I have not fully developed, a work in progress, or just some thoughts about a topic or issue I’d like to share.

This tweet got a lot of attention over the weekend and it seemingly got some people fired up. Personally, having lived in both New York City and DC, it’s interesting how my perception of these cities correspond to the subway maps and not the actual orientation of the cities.

The NYC subway map, for example, rotates the entire city counter-clockwise a few degrees. It makes the map easier to read, but probably enters our subconscious that this is how the city is actually aligned. That’s why the original tweet struck a chord with me (and, apparently, many others).

Maps are a tricky thing when it comes to data visualization. Readers love them because they are able to identify themselves in the data and visualization, but they do not always accurately represent the data. In this case, I found it interesting how our perception of space is likely shaped by the maps we use each and every day.