I read this interesting article by Damon Darlin in the Upshot at the New York Times the other day. In it, he writes about how the size of new homes in the U.S. has risen over time, both by square footage and by the number of bathrooms and bedrooms (data are from the Census Bureau).

If you have a newer home, you are going to have the room to spare. -Damon Darlin

I thought it would be interesting to rethink these three graphs as connected scatterplots (CS). What’s interesting about the CS approach is that you see the turnaround of the sizes of new homes in and around recessions (I’ve categorized recession years as those in which a recession occurred at any time during the year). You don’t quite see that same relationship in the separate line charts. It’s not that the line charts are bad charts, but I found it interesting how you see this extra nuance with the CS approach. 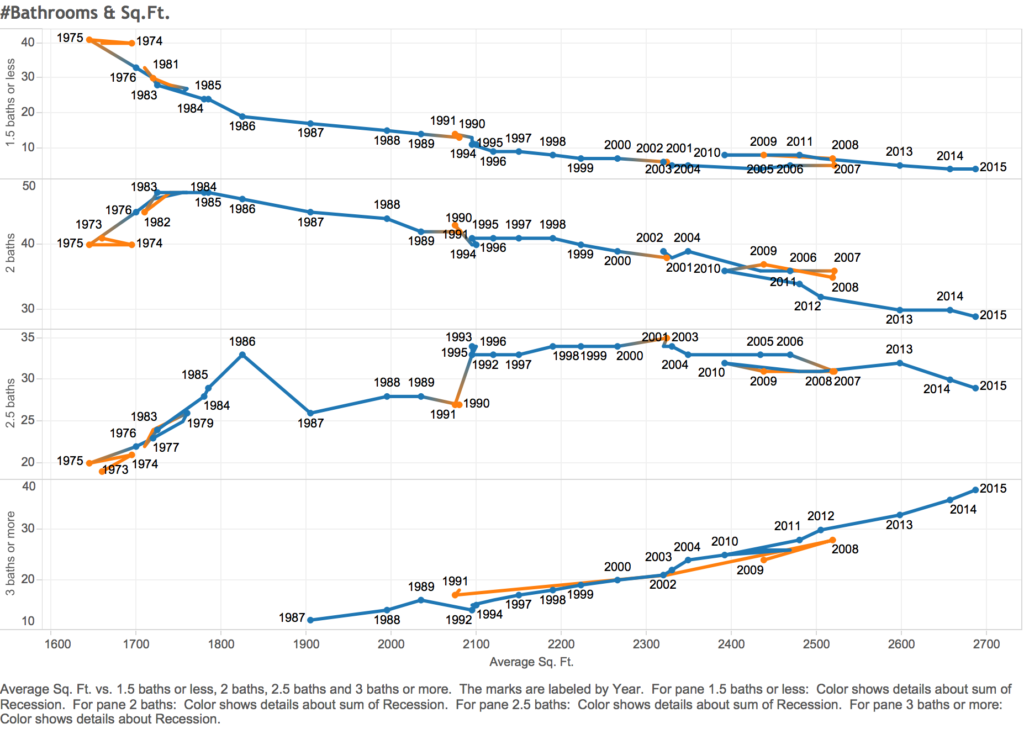 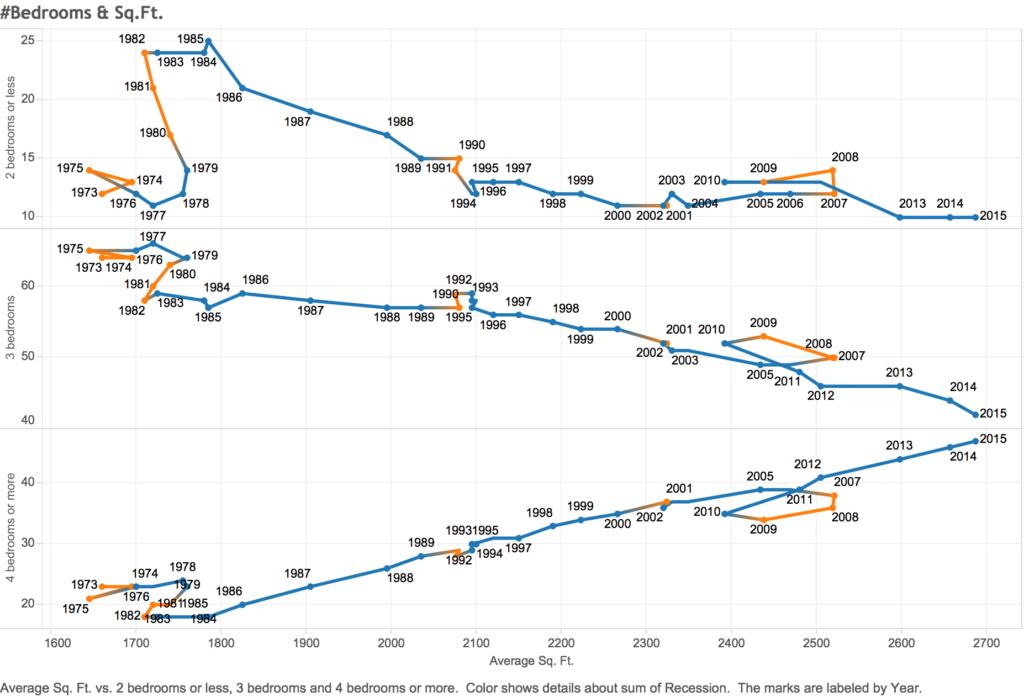 As you can see, I tried my hand at Tableau in making these graphs. It turns out that they are not that difficult to create; of course, I had Ben Jones’ great tutorial that showed me how to do it. I also used Story Points here to first show the original graphs from the Upshot piece and then the connected scatterplots.