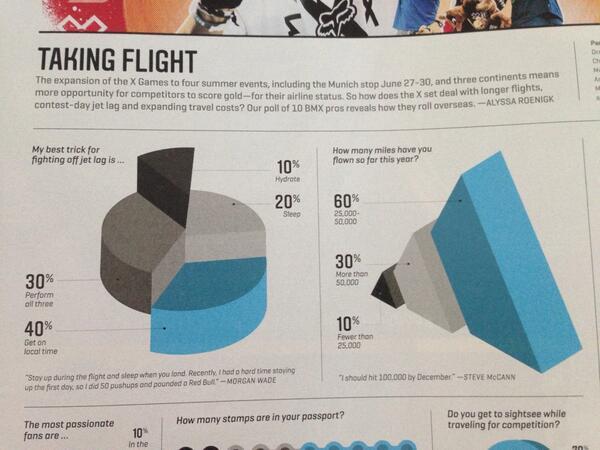 Expiring frequent flyer miles are a great excuse to get a magazine you might not otherwise buy. For as long as I’ve been receiving ESPN The Magazine, it’s been packed with lots of 3D graphics, crazy unit charts, and column charts that don’t start at the 0 axis. 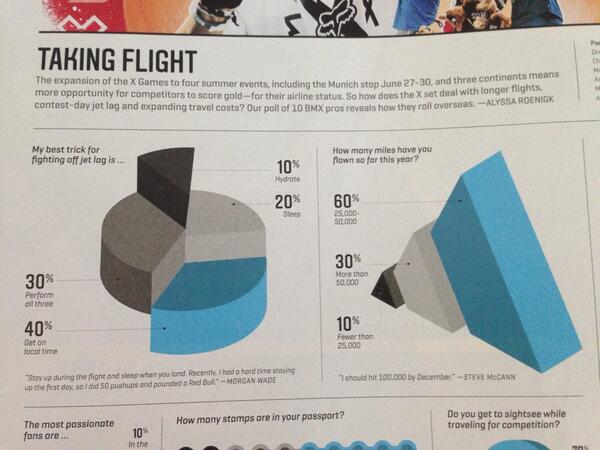 This goes back to a key question: are more visually appealing graphics—but perhaps less perceptually accurate—better than those that follow data visualization best practices? Recently, Borkin et al, conducted an experiment to determine which characteristics caused visualizations to be the most memorable. (Robert Kosara and Enrico Bertini discussed some of their misgivings about the paper in this Data Stories podcast. Stephen Few also has written a critical review.)

Not everyone has the same interest in the charts shown in the magazine. To better understand how the graphics impact overall readership, let’s assume there are four groups of readers:

It’s hard to say what the overall impact will be, but I’m guessing ESPN has investigated. It would be interesting to see what that data shows.

In any case, here’s hoping that they keep it up because my subscription expires in the Spring.