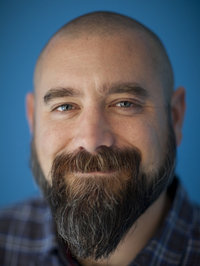 This week’s episode was recorded live at NPR in Northeast Washington, DC with Supervising Senior Editor of the NPR Visuals team, Brian Boyer. No, I didn’t get to sit in one of the fancy chairs, but I did get to hit the gift shop! Anyways, on this week’s episode, Brian and I discuss a variety of projects at NPR, how the visuals team is built, and why they spend so much time publicly tracking what people do with their stories.

Brian and I spoke at NPR offices before NPR photojournalist David Gilkey was killed while on assignment in Afghanistan. Brian spoke highly of David when we met and I want to send my condolences to his family and his colleagues at NPR.

Why America’s Schools Have A Money Problem

Brussels Attacks: What Happened, in Photos And Maps