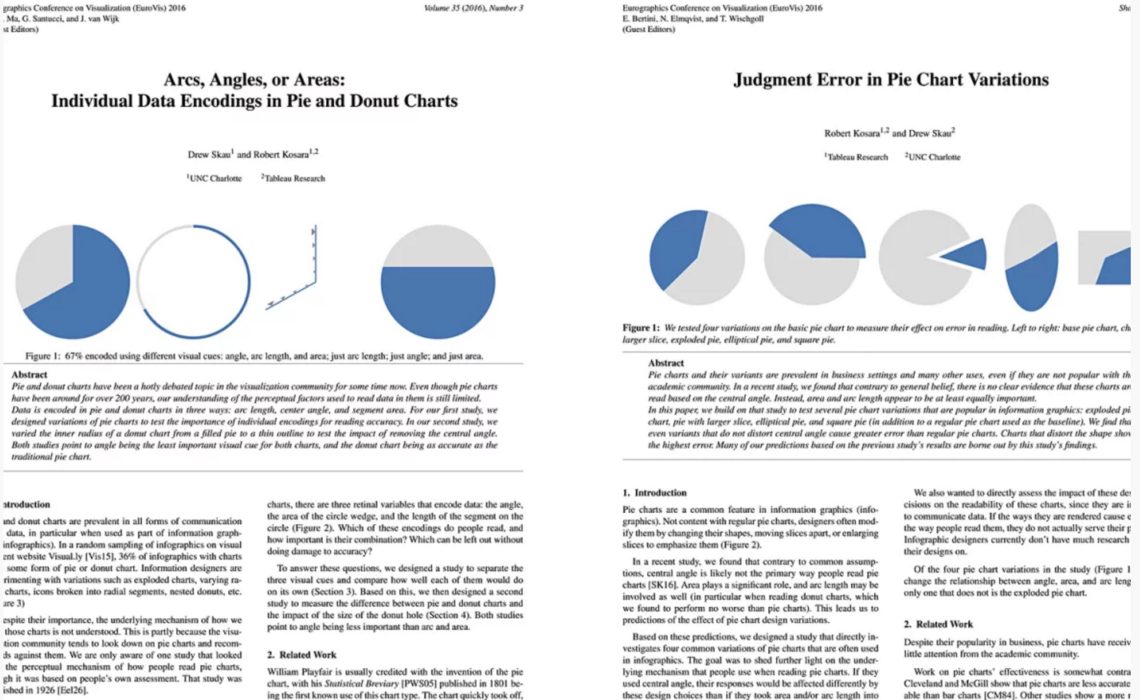 On this week’s episode of The PolicyViz Podcast, I’m pleased to chat with Drew Skau and Robert Kosara, who co-authored a couple of papers on how we perceive the quantities in pie charts. Their work centers on how do we perceive quantities in pie charts–is it angle of the slice, size of the circle, length of the arc? We also discuss data visualization research more broadly and upcoming conferences.

Thanks again for tuning in! If you enjoyed this week’s show, please share it and leave a rating on iTunes. Ratings and reviews are much appreciated and very important in the iTunes ranking algorithm–the most ratings, the better chance of others finding the show.

Lane Harrison on The PolicyVizPodcast

William Cleveland, Marylyn E. McGill, and Robert McGill | The Shape Parameter of a Two-Variable Graph | Cleveland on The PolicyViz Podcast