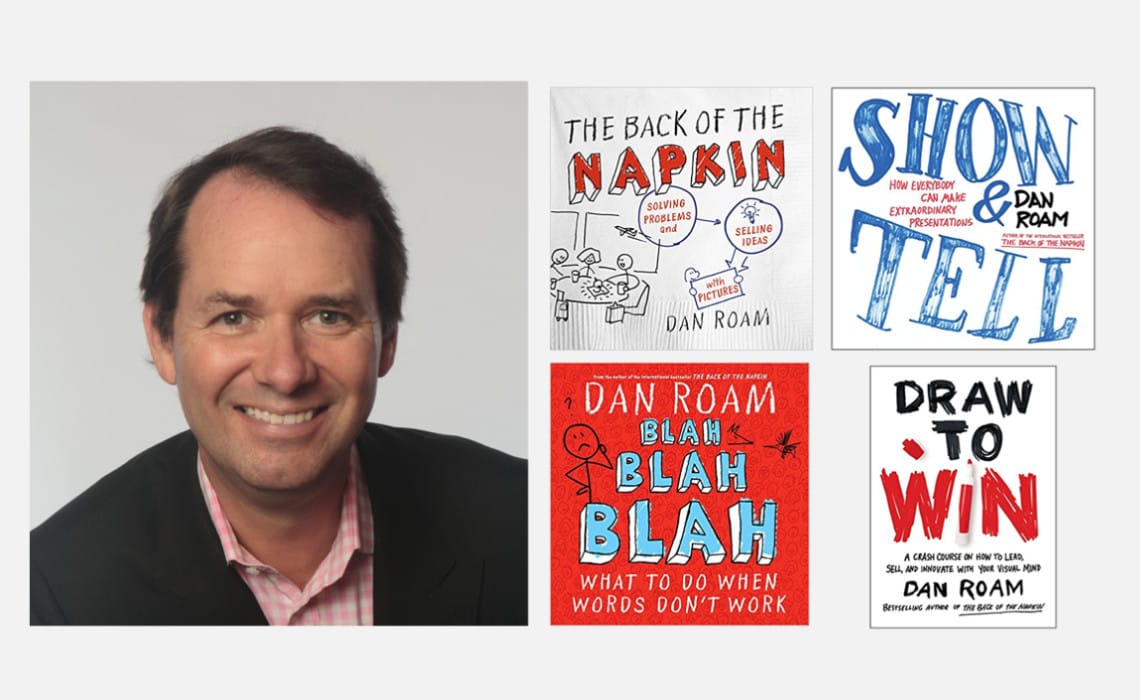 Dan Roam is the author of five international bestselling books on business-visualization which have been translated into 31 languages. “The Back of the Napkin: Solving Problems with Pictures” was named by Fast Company, The London Times, and BusinessWeek as ‘Creativity Book of the Year.’ Dan‘s newest book, “Draw to Win” was just published by Penguin Portfolio, and debuted as the #1 new book on Amazon in the categories of Business Communications and Sales and Marketing. Dan has helped leaders at Google, Microsoft, Boeing, Gap, IBM, the US Navy, the United States Senate, and the White House solve complex problems with simple pictures. Dan and his whiteboard appear frequently on CNN, MSNBC, ABC, CBS, Fox, and NPR.

On this week’s episode of the podcast, Dan and I talk about the importance of visualizing content and how anyone can draw.


Other books mentioned in this episode:

Phantoms in the Brain: Probing the Mysteries of the Human Mind | Ramachandran and Blakeslee

The Power of Habit: What We Do in Life and Business | Charles Duhigg

The Hero with a Thousand Faces | Joseph Campbell

The Brain: The Story of You | David Eagelman

If I Understood You, Would I Have This Look on My Face?: My Adventures in the Art and Science of Relating and Communicating | Alan Alda

Start with Why: How Great Leaders Inspire Everyone to Take Action | Simon Sinek

The Storyteller’s Secret: From TED Speakers to Business Legends, Why Some Ideas Catch On and Others Don’t | Carmine Gallo

Moments of Impact: How to Design Strategic Conversations That Accelerate Change | Ertel and Solomon