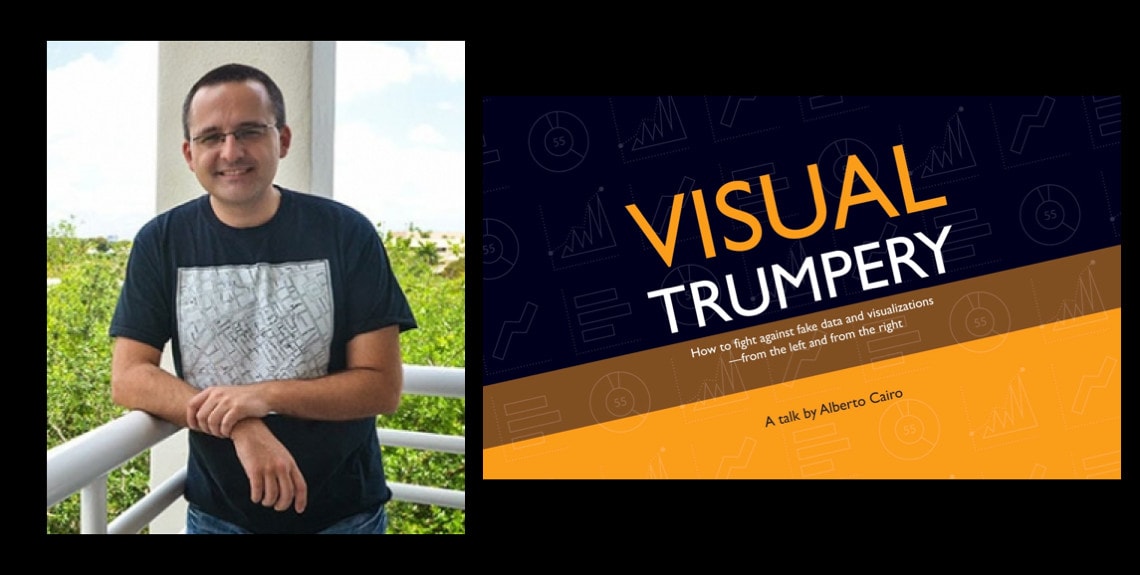 Alberto Cairo is the Knight Chair in Visual Journalism at the University of Miami. He teaches data visualization and infographics in our Journalism and Interactive Media Masters programs, and he is also the director of the Visualization Program at UM’s Center for Computational Science. Alberto has been in journalism for twenty years, as a director of infographics and multimedia at news publications in Spain and Brazil.

In this episode of the podcast, Alberto and I talk about his “Visual Trumpery” tour, his non-partisan talk that focuses on the visual, examining misleading charts, graphs, and data maps designed by individuals and organizations from all over the political spectrum. Alberto visited the Urban Institute back in late January as part of his Visual Trumpery tour, so we do a bit of a recap of the talk and then debate other issues around misleading data and data visualizations.

Just a separate note, I am holding three public data visualization workshops in the coming months. On April 19th, I’m partnering with Brittany Fong here in DC to teach a data visualization and Tableau workshop. Then in June on the 14th and 19th, I’m teaming up with Stefanie Posavec to teach a workshop in Chicago and another in DC. If you’d like more information, check out my Public Workshops page.

Urban at the Urban Institute (includes links to slides and video)