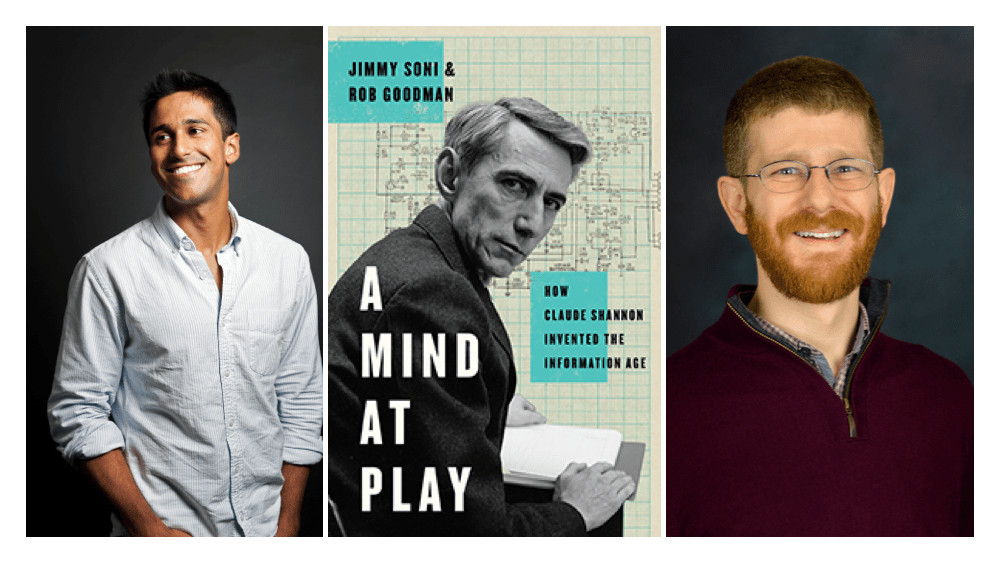 On this week’s episode of the podcast, I welcome two special guests, Jimmy Soni and Rob Goodman, authors of the new biography of Claude Shannon, the father of information theory.

Jimmy Soni has served as an editor at the New York Observer and the Washington Examiner and as managing editor of the Huffington Post. He is a former speechwriter, and his written work and commentary have appeared in Slate, The Atlantic, and CNN, among other outlets. He is a graduate of Duke University.

Rob Goodman is a doctoral candidate at Columbia University and a former congressional speechwriter. He has written for Slate, The Atlantic, Politico, and The Chronicle of Higher Education. His scholarly work as appeared in History of Political Thought, the Kennedy Institute of Ethics Journal, and The Journal of Medicine and Philosophy.

A Mind at Play: How Claude Shannon Invented the Information Age

Soni and Goodman are also coauthors of Rome’s Last Citizen: The Life and Legacy of Cato, Mortal Enemy of Caesar.