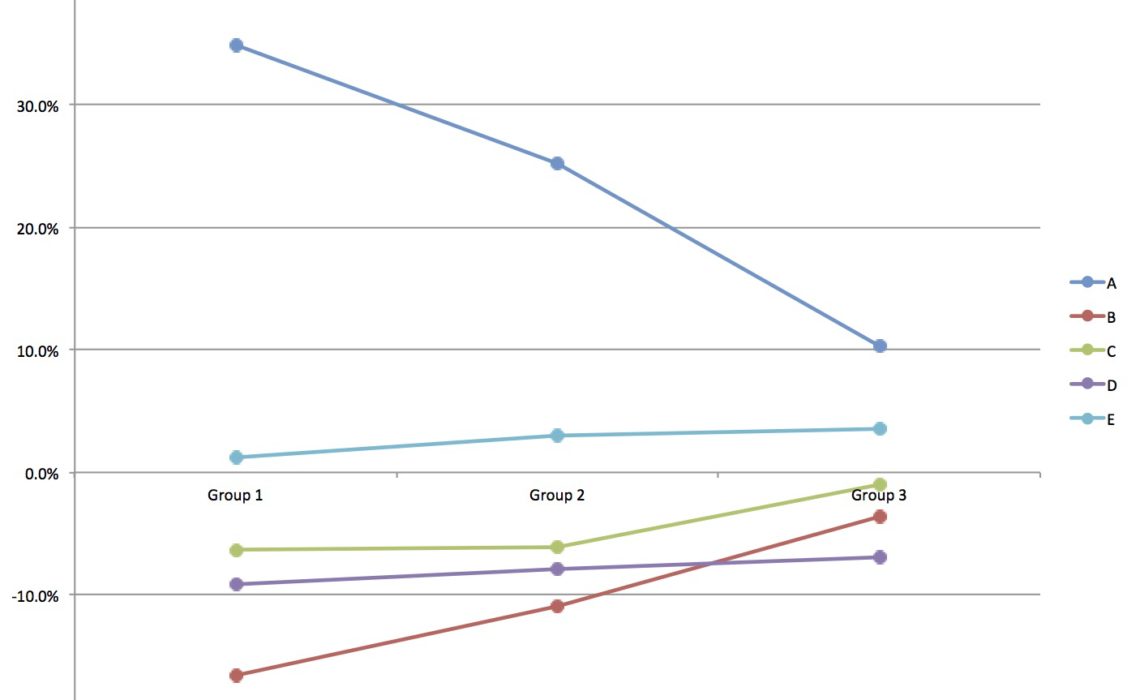 This submission comes from a work in progress using restricted data and the user is unsure of how to plot the data. The data consist of three different Groups, each with five different Series. The author wants to look at how the Groups differ relative to the other series, both in the initial starting point (in 2006) and how they change over time. For example, Group 1 starts at a higher level of Series B and the decrease in Series B is much higher for Group 1 than for the other Groups. (Here’s the data.)

The problem is that the author doesn’t like using lines to connect across the Series because he think it leads the reader to think about a time series or a continuous outcome. If he just uses dots then it is harder for the eye to compare across the groups. Bar graphs are probably the best idea, but he wants to show all five Series, which he thinks may be too cluttered.

Another possible way of showing things would be to make a time series (he can generate the values for the other years) but thinks that approach still suffers from wanting to show too many dimensions at the same time.