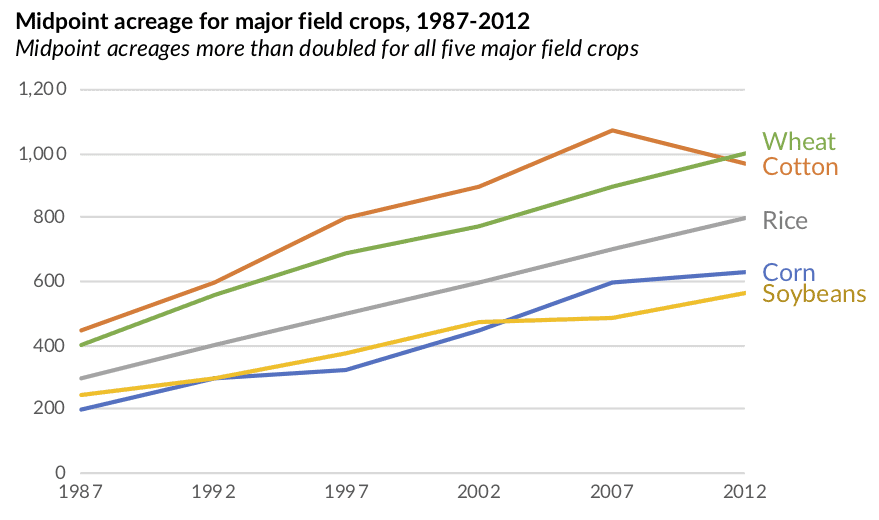 When you look at this column chart from the USDA, what is the first thing you see? Go ahead, take a second… 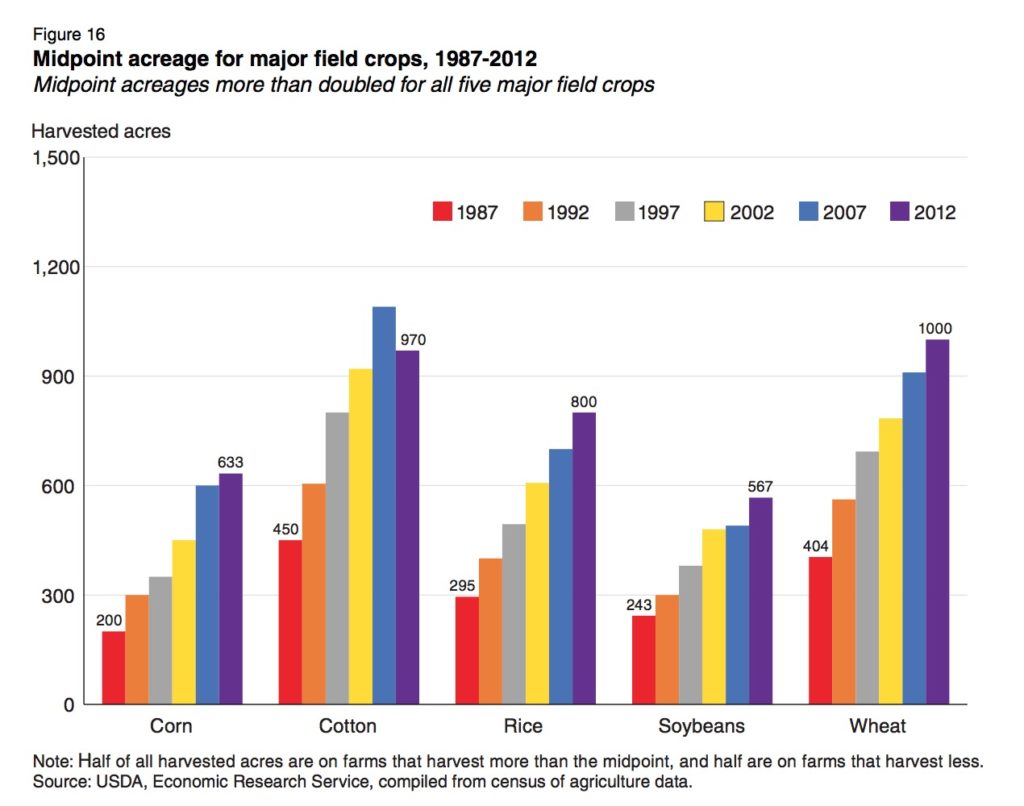 My guess is—admittedly, based on a sample size of three people I’ve already asked—that your first observation is that the acreage for all five crops increased over this period. Your second observation, that quickly follows the first, is that there was acreage for Cotton fell in the last year. Unlike the other groups of bars, that purple bar is shorter than the others, but it’s hard to clearly see that in this representation.

This is not to say column charts can’t be used to visualize changes over time. In this case, however, I think there are too many columns, which makes these observations a bit more difficult.

First, the obvious, simplest approach: a line chart. Here, the drop in acreage for Cotton is very clear, as is the relative sizes of the five crops. It wasn’t immediately clear to me that Rice, for example, sits right in the middle of the five crops in the original. And while I’m using the default Excel colors here, notice that I added data labels to the end of each line and colored the text—no legend for me!

Second, how about a cycle chart? Instead of putting the lines all together, this cycle chart is essentially a small multiples line chart where each crop gets its own panel, as it were. Some pros here: there’s more space for the graph and it’s maybe a little more engaging because it’s a little different. But I’m not sure you see the relative patterns as clearly as you do in the line chart. 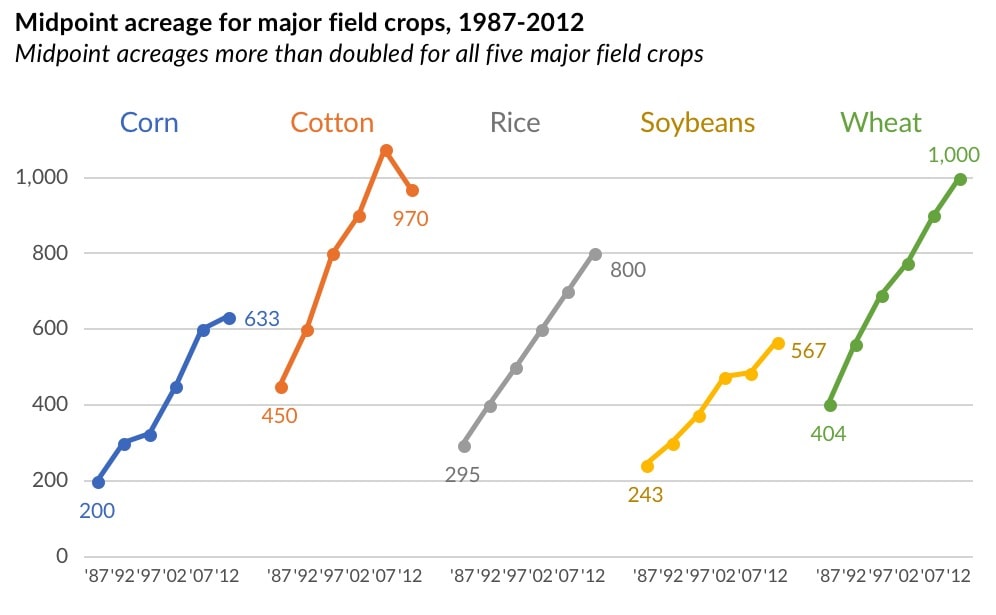 I also did a version in which I sorted the series by the last value (2012). 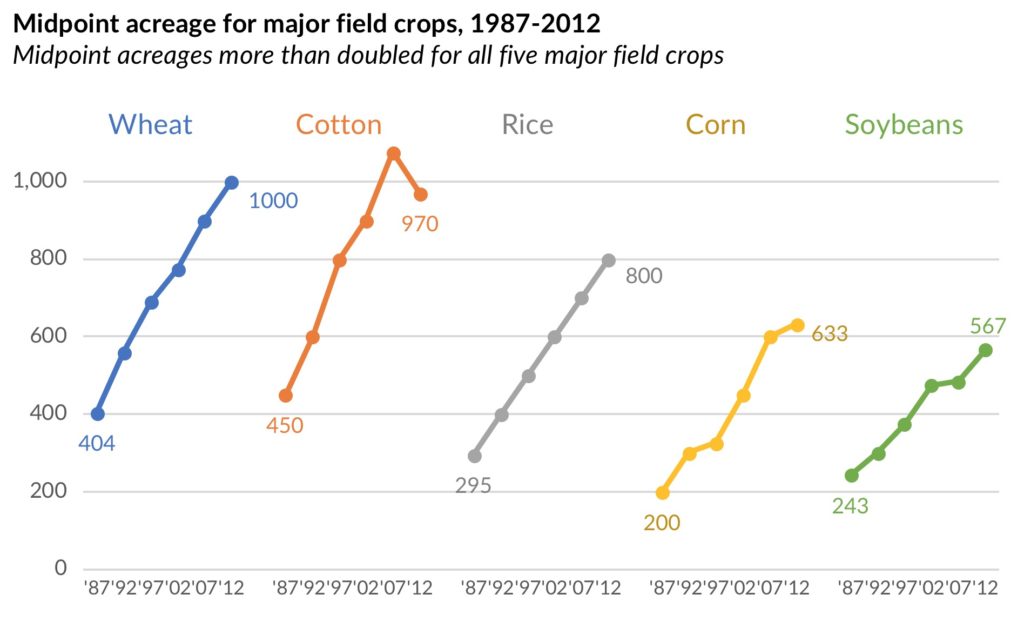 I guess what I’m trying to argue here is that sometimes simple charts are the best. In this case, maybe a simple line chart would have been best.

Which do you prefer? Have another alternative? Here’s my Excel file (I just guessed at the data values here, by the way).