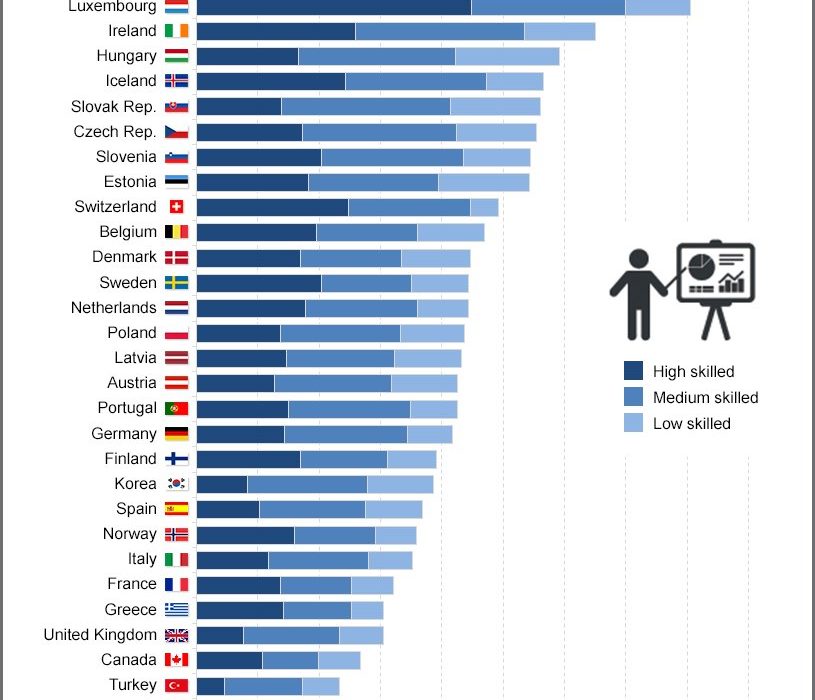 The debate over stacked bar charts is all the rage these days, it seems. Cole Nussbaumer-Knaflic had a nice post a couple of days ago, as did Steve Wexler (more on Steve’s post in a moment). Alberto Cairo wrote a bit about stacked column charts earlier in the year, and in August, Robert Kosara referenced the old Cleveland and McGill work to examine the effectiveness of the stacked bar chart. (Quick plug: If you missed it, William Cleveland was on the PolicyViz Podcast earlier this year.)

In sum, all of these authors argue that stacked bar charts need to be used very, very carefully. More often than not, they are confusing and obscure important trends or patterns.

Steve Wexler’s post was slightly different in that he looked at stacked charts in an interactive Tableau dashboard. This allowed him to explore what happens when you give the user a filter to highlight or re-sort the data. While it’s an interesting post, by focusing on allowing the user to interactively play with the visualization, Steve avoids the core question: Are stacked charts good or bad? (Of course, there may not actually be a single answer to that question.)

In some way, this is a fundamental difference between static and interactive graphics (Dominikus Baur’s thoughts notwithstanding)—Is it possible to avoid asking whether a chart is inherently good or bad because we give the user sorting and filtering options? Want to focus on the South series? Let the user select it. Sort by the total? Sure, add another option. This isn’t to say there aren’t good and bad interactive visualizations, but the answer to the question of whether a specific chart type is good is different because the exchange of information between the user/reader and the graphic are fundamentally different. And in Cole’s post, most (many? all?) of the submissions she showed appear to be static charts, which forces–or, really, should force–the chart producer to decide which pattern or series to highlight.

All that being said, this post is really about remaking a stacked bar chart. I saw this chart from the OECD in my twitter feed a few weeks ago. The chart is stacking the percentage of business sector jobs sustained by foreign demand across different skill levels for about 30 different countries. It has a nice little icon over there to the right (“Hi guy! Don’t you know pie charts are bad?”) and the country flags add a nice bit of color to the whole thing. 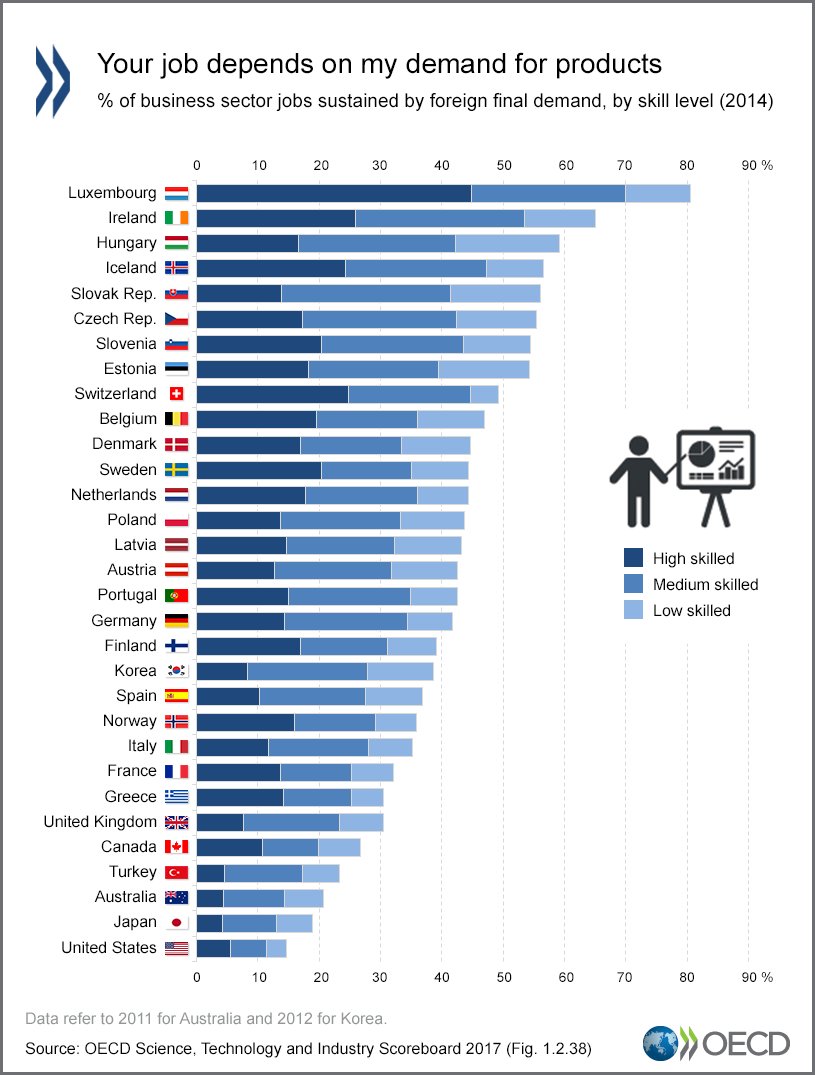 A slightly different version appears in the report. There, the chart is a stacked column chart without all of the flags and icons (and then adds the unnecessary x-axis tick marks) with the 2004 total added as a diamond on top. I found the rotation decision interesting because it is my understanding is that wider graphs fit better on Twitter than taller graphs.

As with all stacked charts like this, the primary problem is that it’s difficult to compare categories that do not share the same vertical baseline; in this case, the medium and low skilled groups. You can easily see the total—also helpful that they sorted it in that way—but you have a hard time comparing the individual categories other than the High skilled group.

My approach is relatively simple: Break up the chart into four charts. I put each individual skills series on its own vertical axis, and then, to maintain the ability to compare the totals, I add a fourth series that shows the total. I also switch the order of the series, going from Low Skilled to High Skilled. 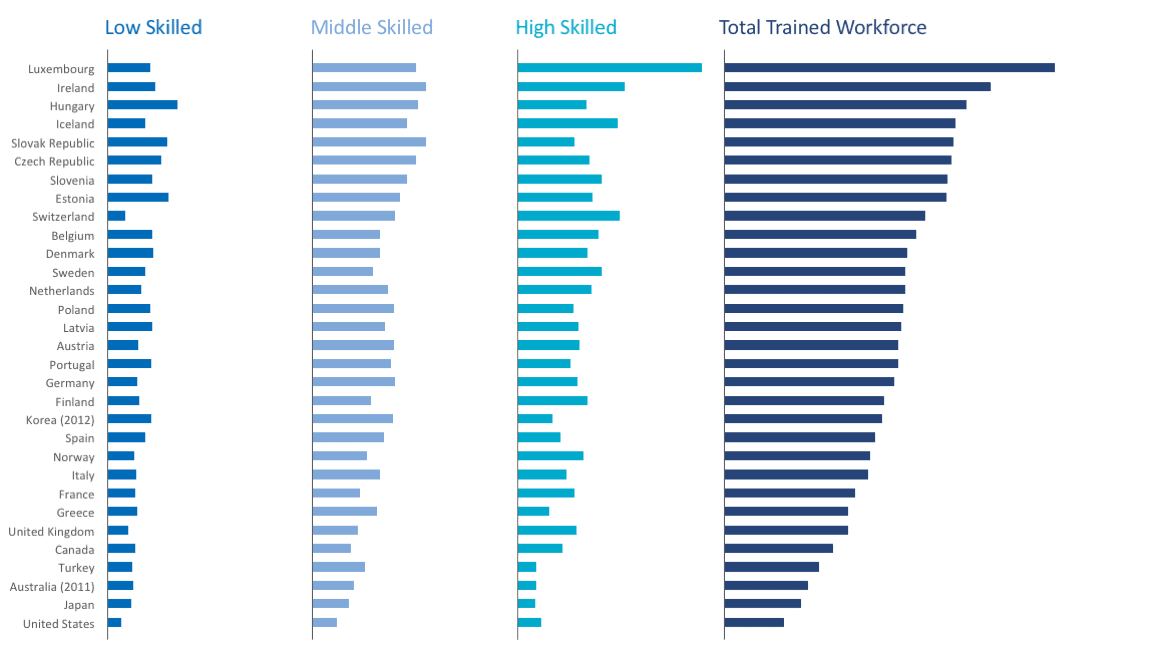 Is it better? Not sure. It allows you to do more, but that’s not always a good thing.

If you want to take a shot, you can download the data I grabbed from the OECD here.