Three tips for making data and research understandable for everyone 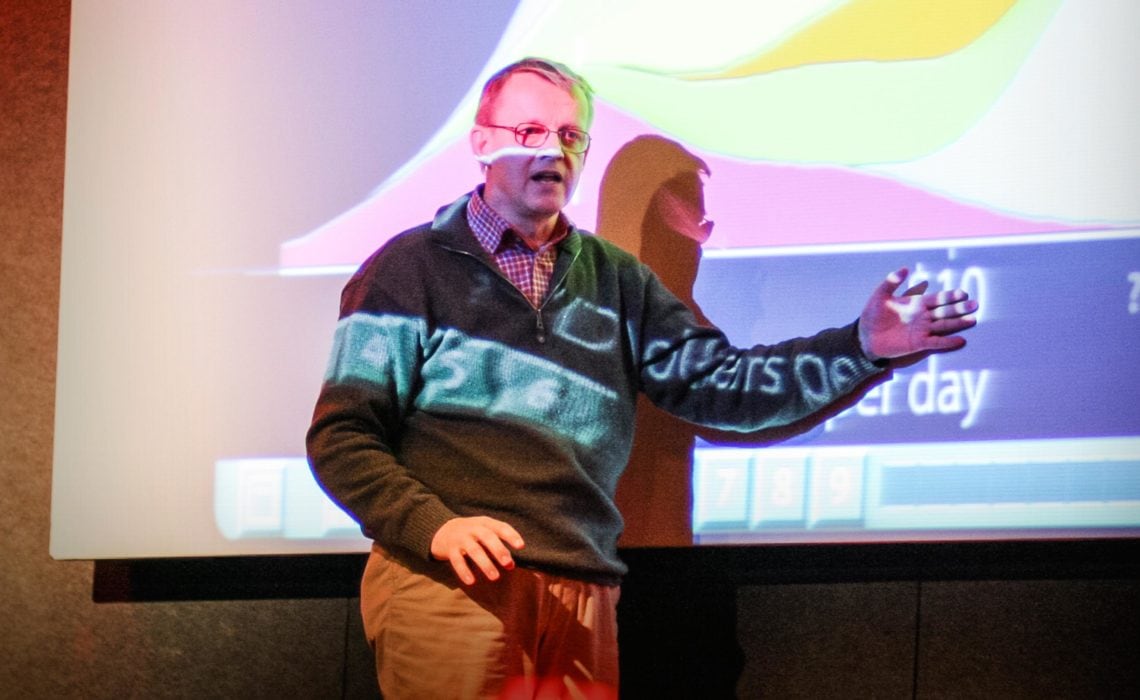 Which country do you think has a higher infant mortality rate: Russia or Malaysia? Sri Lanka or Turkey? The late Hans Rosling used these questions in a 2006 TED talk to demonstrate that Swedish graduate students, who might make poorly informed assumptions, knew less about the developing world than the average chimpanzee (presuming that a chimp would be right half the time). Rosling’s knack for presenting new information in relatable and humorous ways can be an important lesson for modern researchers.

This post was originally published on the Urban Institute’s blog, Urban Wire on February 22, 2017.

Rosling dedicated his life to educating the public on important aspects of public health and poverty. He worked to dismantle what he viewed as a persistent “devastating ignorance” and lack of understanding about global development. Rosling’s message was that, by explaining global development concepts, ideas, and data, we could improve the world.

Rosling’s gift was knowing how to communicate data. Even though his concepts were often complex, he understood that visualizing and presenting them to a general audience didn’t require complex equations, regressions, or formulas. He tried to be a bridge not only between the public and researchers, but between researchers, specialists, and the decisionmakers who would put those scientific insights into practice.

I was fortunate enough to meet Hans Rosling in 2015, when we participated in a panel discussion at the World Bank at about how to communicate data effectively. I was struck by Rosling’s engaging and energetic presence, the same charisma I had witnessed in countless videos of his presentations.

For researchers like those of us at the Urban Institute who strive to use data to improve our world, Rosling’s work offers three lessons.

1. Explain why it matters.

While Rosling’s focus on global development led him to discuss widely familiar topics— poverty, health, and longevity—he never assumed his audience understood common foundations and motivations behind his work. Researchers are often eager to jump into the intricacies of their data or the statistical properties of their method, but most people simply want to know why the topic is important and what they can do about it. Rosling looked for the core of the idea and presented that core to his audience in relatable ways.

2. Rely on the familiar.

To make his points, Rosling moved rocks, stacked boxes, and started washing machines (to be fair, he also relied on the common bubble chart). What do these props all have in common? We all know what those objects look and feel like. Placing findings in a familiar context can help people—even those who know nothing about the topic—engage with research in special and memorable ways. Telling visual and relatable stories allows audiences to discover something about the topic and about themselves.

“Don’t face the screen. Don’t stand behind a podium. Get rid of filler words like ‘uh’ and ‘um’.” These are some of the things I try to teach people when they are learning to become better presenters. Rosling broke all these rules, but his presentations worked anyway because he was so excited and enthusiastic about his work. He took these issues, seemingly dry and boring at their core, and made them exciting. And it’s not because he “dumbed them down” or “gave them pop.” It’s because he cared and thought others could—and should—as well.

In Rosling, the world has lost a master data communicator. It is now in our hands as researchers and data analysts to carry on his work by considering how we can best share our work, and the importance of our work, with familiarity and enthusiasm.