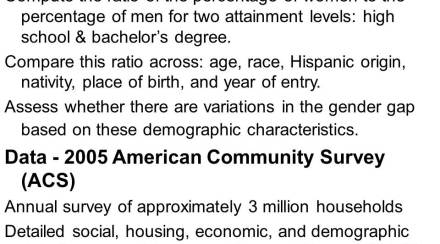 Would you tighten a screw with a hammer? Cut your lawn with a pencil? Why not? Because it’s the wrong tool for the job! Every so often, someone writes a post about uninstalling Microsoft Excel from every computer because “it” makes bad data visualizations. Or, as was written in yesterday’s Washington Post, let’s ban PowerPoint because the software creates bad presentations. Let’s just be clear here, people: these software tools don’t make a thing. Users make things. It’s not the tool, it’s the user.

In the most recent iteration of this “let’s blame the tool” line of criticism, Katrin Park writes in the Washington Post: “But as PowerPoint conquered the world, critics have piled on. And justifiably so. Its slides are oversimplified, and bullet points omit the complexities of nearly any issue….But instead of being used as a means for a dynamic engagement, it has become a poor substitute for longer, well-thought-out briefings and technical reports. It has become a crutch. We should ban it.”

Allow me, if you will, to pick this paragraph apart. First, I disagree that PowerPoint’s slides are “oversimplified.” In fact, I think they are too complicated! The default title slide includes two text boxes with varying sizes and colors. The default “Title and Content” slide gives you space for a title and a huge text box for bullet after bullet after bullet, begging you to add as much text as possible. No, an “oversimplified” default slide would have nothing on it, which is how I begin each of my slide decks.

Second, “bullet points omit the complexities of nearly any issue.” Well, yes, because bullet points are means to help you summarize important points, not lay out the details of each complex thought. That is what the speaker is there to do! If you are using PowerPoint bullet points in a spoken presentation to spell out the complex details of your presentation, you are not effectively communicating to your audience. You can, of course, create written documents in PowerPoint and in those cases, you may need to include complex bullet points, but a written document is not the same as a spoken presentation; the two are fundamentally different forms of communication.

Third, when PowerPoint becomes a “substitute for longer, well-thought-out briefings and technical reports” that’s the fault of the presenter or analyst, not the software. A great presentation rests on great content. If a summary document effectively communicates that content better than a 50-page technical report, then so be it (although not my personal approach, one can use PowerPoint rather than a word processing tool to create written reports). Providing your audience with a written, detailed summary is just not the same as using PowerPoint to create slides when you speak in front of an audience.

Fourth, “[PowerPoint] has become a crutch.” Well, I can’t argue with this. It has. Far too many presenters simply convert their written text to bullet points, copy-and-paste figures and tables, and move their content from one communication form (e.g., a report) to another (e.g., a presentation). To give a great (or even just good) presentation, think carefully about the needs of your audience and how your slides support you as the speaker. When you present, slides are not the main event. You are.

If I might pause for a moment here to make a quick side note. This Washington Post article includes a number of images where the source link is included as part of the image so that the reader cannot click it. In my opinion, this is not a sufficient way to attribute the original source. This issue has come up again and again recently, and was the topic of my recent PolicyViz podcast discussion with Alberto Cairo.

But I digress. What else bugs me about this article? Most of the examples we’ve seen before, and they’ve been mercilessly critiqued, or even fixed: NSA PRISM slides? Thank you, Emiland de Cubber. Afghan strategy slide? The New York Times ripped it apart. The Gettysburg address as PowerPoint slides? Originally published by Peter Norvig in 2000 and reprinted in Edward Tufte’s 2006 book, Beautiful Evidence. Tufte’s now-famous takedown of the PowerPoint slides used before the Columbia shuttle disaster was published in that same book (and posted online here).

Before I close, let me comment on the four bullet points in this slide. (Side note: It’s unclear to me why there are slides throughout this article as opposed to being written as part of the text, but that’s another discussion.) 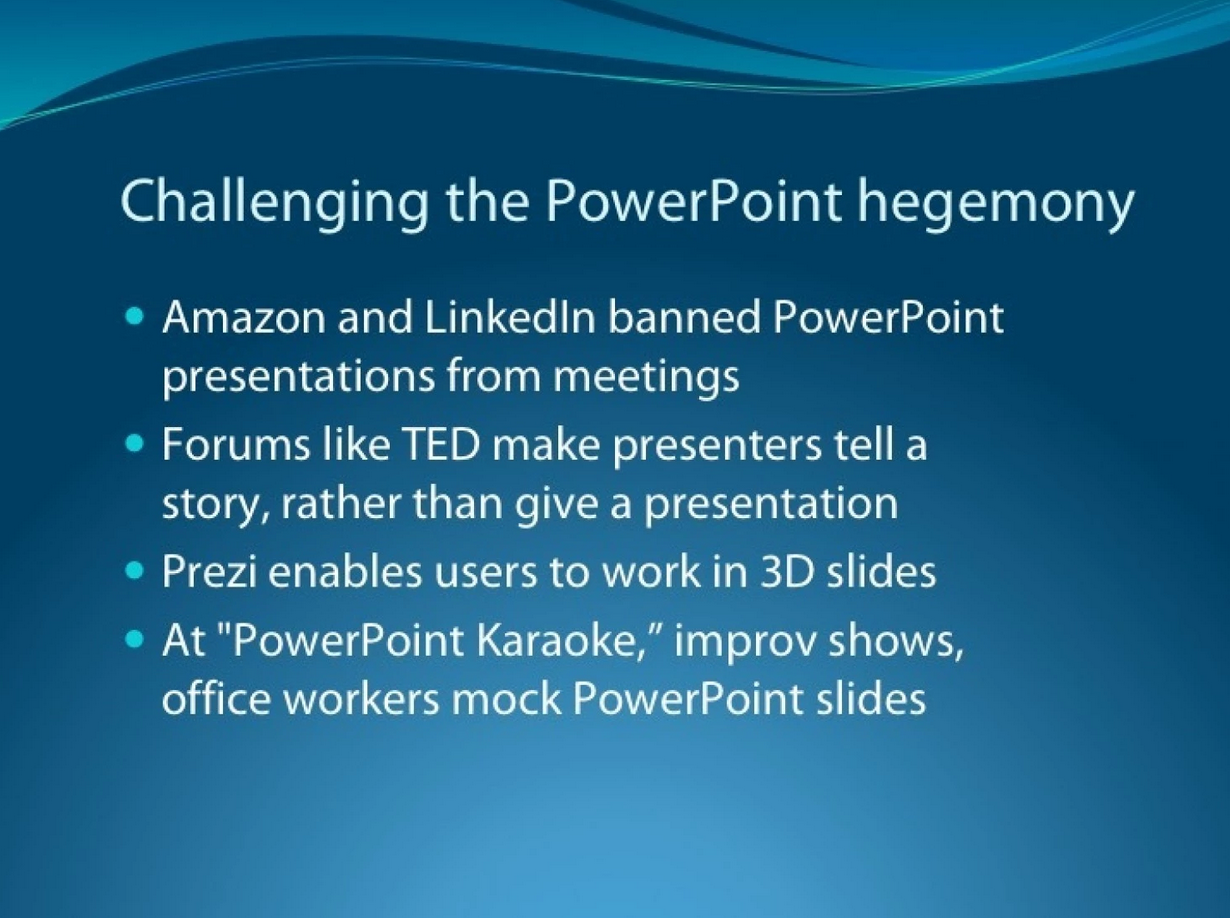 Look, I’m not saying that PowerPoint is the greatest software tool in the world. And I’m certainly not arguing that people know how to give great presentations. In fact, I’d argue the opposite, especially amongst the researchers, analysts, and academics with whom I usually hang around. But PowerPoint is not the problem–the failure to recognize that a presentation is a fundamentally different form of communication and should be treated as such is the problem. Over the next few months, I’ll post snippets from the book I’m writing on giving better presentations to give you some guidance on how to do a better job presenting your content and arguments. You can use any software you want. Even PowerPoint.