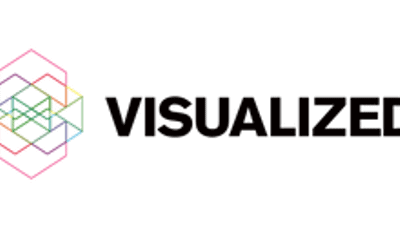 A little over a week ago, I attended the Visualized conference in New York City. The two-day event highlighted designers, programmers, artists, scientists, and journalists who are transforming how we learn and interact with our world through data. I took a lot of notes (with, gasp!, actual pen and paper!) so that over the next week, I’ll release seven separate posts on my thoughts and impressions from the conference. I’ve definitely not covered everything and I’ve left out lots of great (and, yes, not-so-great) talks and topics, but it will hopefully give you some flavor for the event.

You’ll also notice that I will make more than one mention about the quality of the presentations. It’s refreshing to go from economics/policy conferences where presenters make their slides the night before and more or less read their report to the audience, to one where presenters have thoughtfully considered their stories and how to best communicate them to the audience. As for sourcing, I’ve linked people’s names to their Twitter feeds and you can find their websites and projects from there.

I don’t think I can summarize the two days at Visualized in one sentence, so here are three:

The easiest place to start is at the beginning where Sha Hwang kicked things off. Aside from content, my favorite part of Sha’s presentation was his stage presence. He started with a long pause, which was the perfect way to start two-days of non-stop presentations: take a moment to settle in, let the audience turn their focus to the stage, and embrace the energy. In his words, his presentation was “less of a talk, and more of a wander.”

On content, Sha touched on two main themes, both of which would recur throughout the conference. First, visualizations should be visceral; they hit you in the gut with meaning. Second, start the design with the person and move out to the form, rather than the other way around. (A series of entertaining videos showing early experiments with space suits accompanied this portion).

To end the conference, Moritz Stefaner described his project with Lev Manovich (and others), which involves collating and analyzing over 3,000 Instagram “selfie” pictures from Bangkok, Berlin, Moscow, New York, and Sao Paolo. To do so, they used Amazon’s Mechanical Turk to identify selfies from tens of thousands of pictures. They then analyzed facial features to group the photographer by estimated age, gender, and city. The technology itself was interesting, but more importantly, Moritz’s overall message is to use data visualization as a Macroscope into human behavior. Moritz and his co-authors, I think, want to use this project to get a deeper understanding of the human condition, not to just show things and tell stories. As he said near the end: “Tell worlds, not stories.”

As you will see over the posts for the next week, speakers at Visualized touched on a wide range of topics, challenges, and tensions: data collection and data analysis, technical challenges and advancements, “old” and “new” visualization techniques, and how to best communicate data and stories.